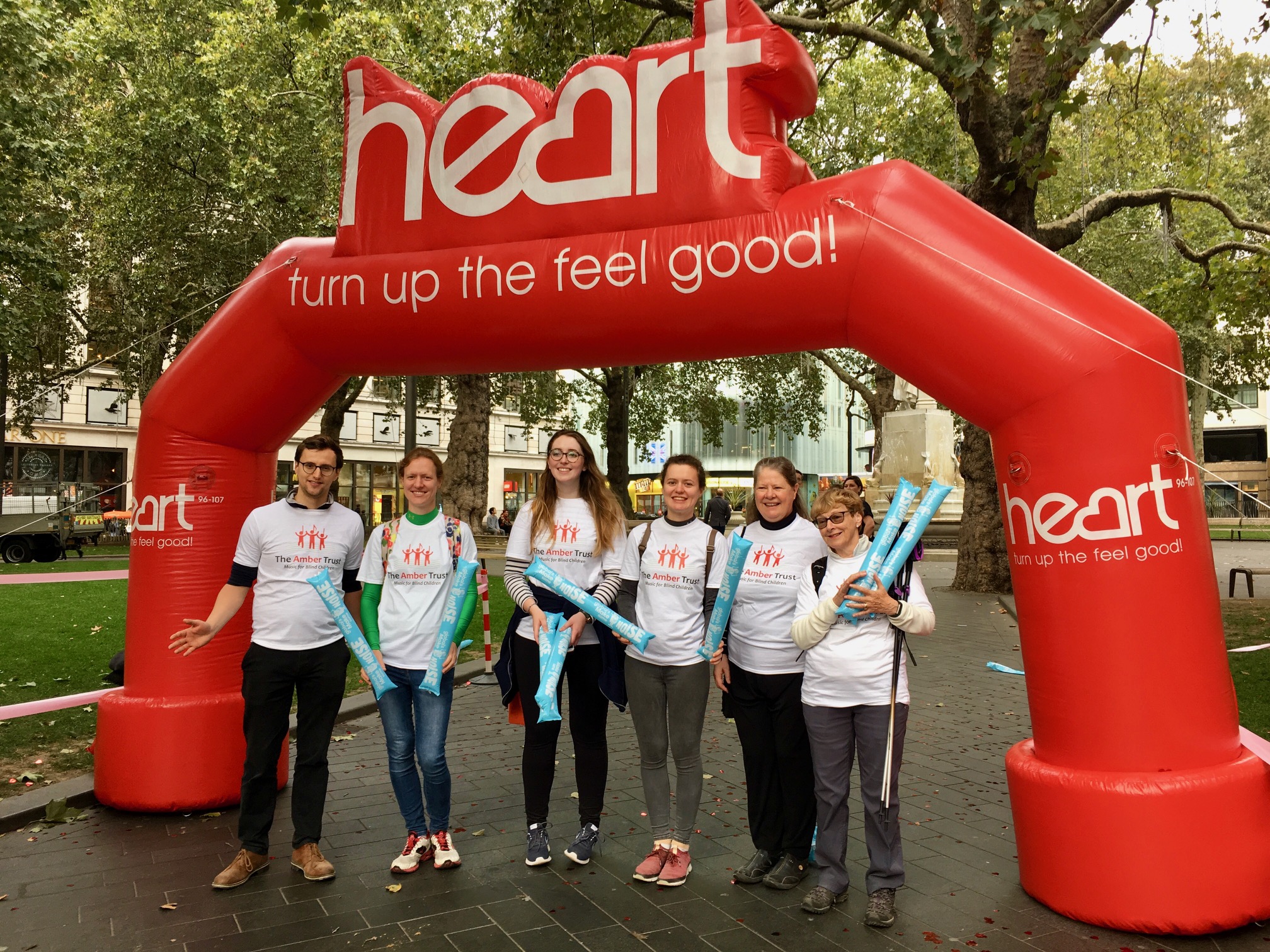 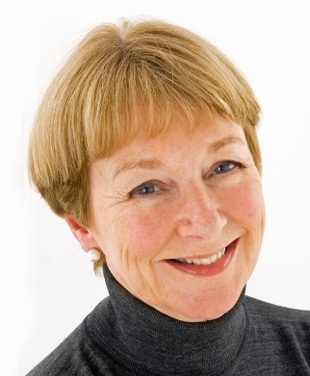 On Friday October 5th, Cathie James from St Michael & All Angels Church walked with fellow Chiswick resident, Heart Radio’s Jamie Theakston, on the last leg of his charity walk from Cardiff to London. It was part of Global’s Make Some Noise Day when they encourage their listeners to fundraise and donate to 32 charities that they have agreed to support.
You can donate to Global’s Make Some Noise here.

Cathie walked with a team from The Amber Trust, one of the charities currently supported by St Michael & All Angels. Amber was successful in its bid to be one of Global’s 32 charities.  The Amber Trust was founded in 1995 to help blind and partially sighted children across the UK, who have a talent or love for music.

Cathie said: “We’ll be starting from Putney Bridge at 6am, aiming to arrive at Global’s HQ in Leicester Square by 9am. During this walk Jamie will be broadcasting live onto his breakfast show on Heart Radio and I may get to be interviewed. One of the Amber Trustees will also be joining the walk and will be tweeting about it via the Amber twitter account. 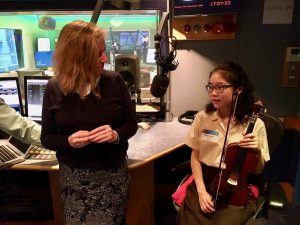 And Lilly, one of the musicians that Amber supports, has been interviewed by Classic FM’s Anne Marie Minhall (right) – it may be broadcast on Anne-Marie’s afternoon programme on Classic FM on October 5th.”

Cathie is the Master of Ceremonies at St Michael’s, leading the altar serving team. The chair of The Amber Trust, Julia Walport, explained the role that she has played in helping the charity raise money and its profile.

“Last year, Cathie and her husband David were instrumental in getting The Amber Trust ‘adopted’ by St Michael & All Angels Church, Bedford Park, as one of its charities to be supported for three years. In the first year, St Michael’s raised more than £10,000 for Amber through a range of activities: its Green Days summer fair during the Bedford Park Festival, a Hymnathon, Quiz Night, various concerts, its Charities Sunday and Advent auction. Another parishioner, Mark Critchlow, who is himself registered blind, completed an amazing challenge raising another £10,000 for Amber as part of a Cross Channel team swim. This year, Cathie herself has raised more than £1,300 for Amber walking 1,000 miles and she is looking forward to walking with Jamie Theakston during the final few miles of his ‘Long Walk to London’.”

You can also donate directly to The Amber Trust here.

There’s another chance to support all three St Michael’s charities at our Love Music 4 concert in St Michael & All Angels Church on Friday November 16th, when the pianist Derek Paravacini, one of the patrons of The Amber Trust, will be performing.