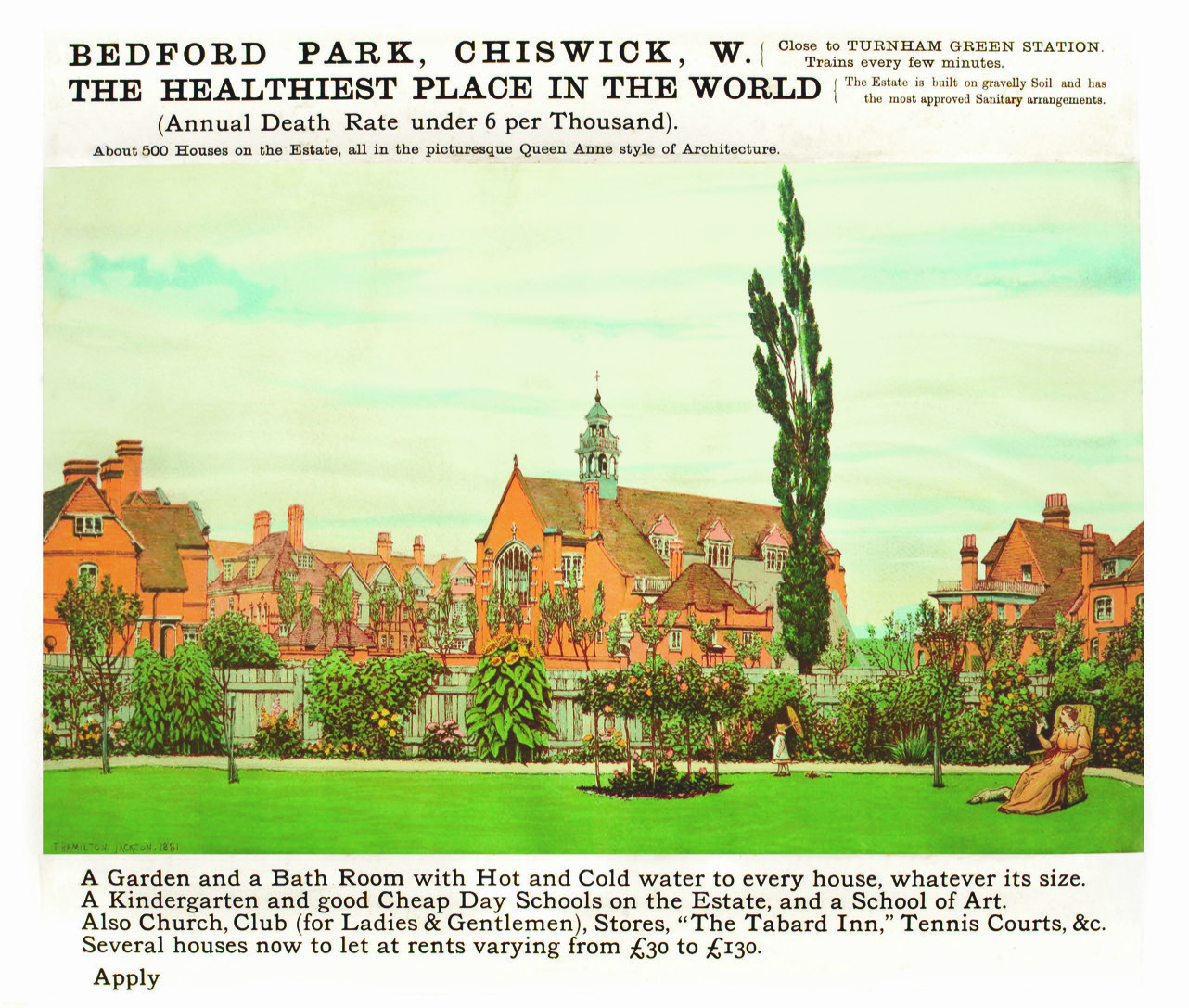 This iconic image of St Michael & All Angels Church, which was used to promote Bedford Park in its early days as “the healthiest place in the world”, is displayed in a new exhibition at the Wellcome Collection alongside other images of the first garden suburb. The free exhibition – ‘Living with Buildings’ – examines the impact of architecture on our health and wellbeing. It runs from October 4th 2018 to March 3rd 2019.

The picture is one of a set of nine lithographs by F. Hamilton Jackson, a Slade-trained watercolourist who was co-director of the Chiswick School of Art and one of the first two churchwardens at St Michael & All Angels (the other was the architect Maurice Adams).  The view – which may display some artistic licence – shows the unfinished north side of the church, with the Vicarage on the left and a glimpse of the Tabard public house in the background. The developer of Bedford Park, Jonathan Carr, commissioned the lithographs as publicity for what came to be considered the first garden suburb, aimed at persons of modest means but aesthetic sensibilities. 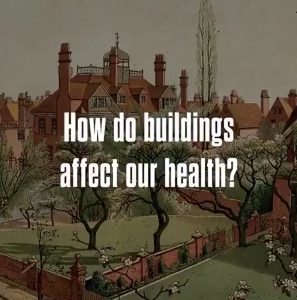 The image is also featured on the Chiswick Timeline mural under the bridges at Turnham Green tube station, and in the Commemorative Book by Karen Liebreich and Sarah Cruz which accompanies it. The book (from which the paragraph above is taken) is on sale from Foster Books in Chiswick High Road.

Other images in the Wellcome Collection exhibition include the 1896 map of Bedford Park drawn by Maurice Adams (Chiswick Library); an 1897 painting of houses in Bath Road by Camille Pissarro (the Ashmolean Museum, Oxford); and an 1882 painting of the Tower House and its garden by SN Trautschold (the Wellcome Collection itself) – detail left, from the exhibition video.