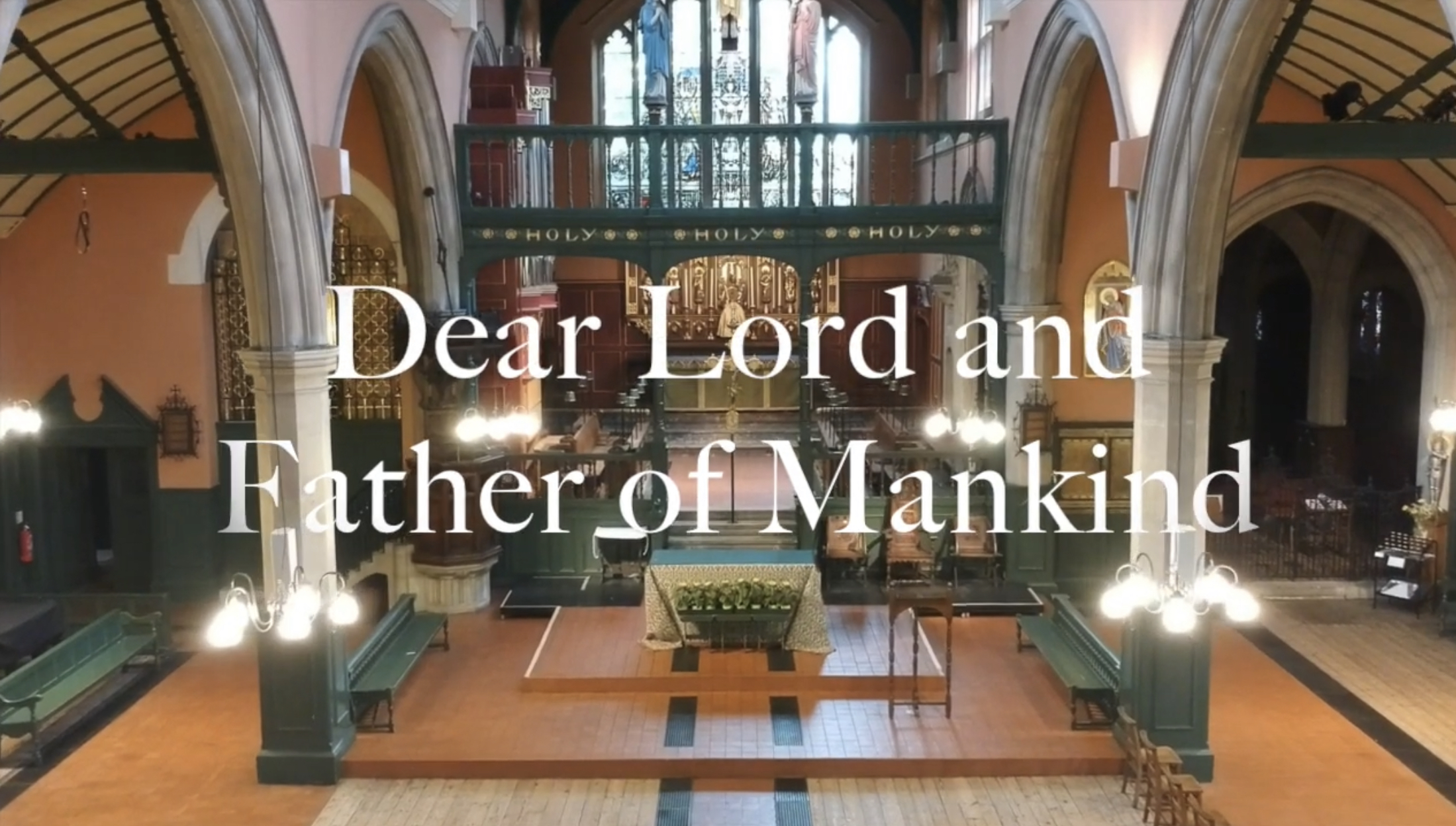 As part of this year’s virtual Bedford Park Festival – inspired by the St Michael & All Angels Hymnathons – we invited people to choose The Festival Hymn through their donations to the Festival charities. The hymn that raised the most money would be recorded and sung during the Festival Mass on Sunday June 28th 2020.

Dear Lord and Father of Mankind was chosen as The Festival Hymn.
It was then recorded by members of local choirs in their homes, to an arrangement chosen by Jonathan Dods, director of music at St Michael & All Angels, who also organised and edited the recording and played the organ.
You can hear – and watch – the recording in glorious stereo on YouTube via this link.

Thanks to Jonathan Dods and the singers below:

Dear Lord and Father of Mankind was chosen by just £10, ahead of Ye servants of the Lord’, helping raise a total of £3,025, plus Gift Aid, for the Festival charities (see the final Top Ten below). You can read all the comments people made about their chosen hymns and still show your appreciation with further donations to our charities on our VirginMoneyGiving page here. Feel free to add a message of thanks! 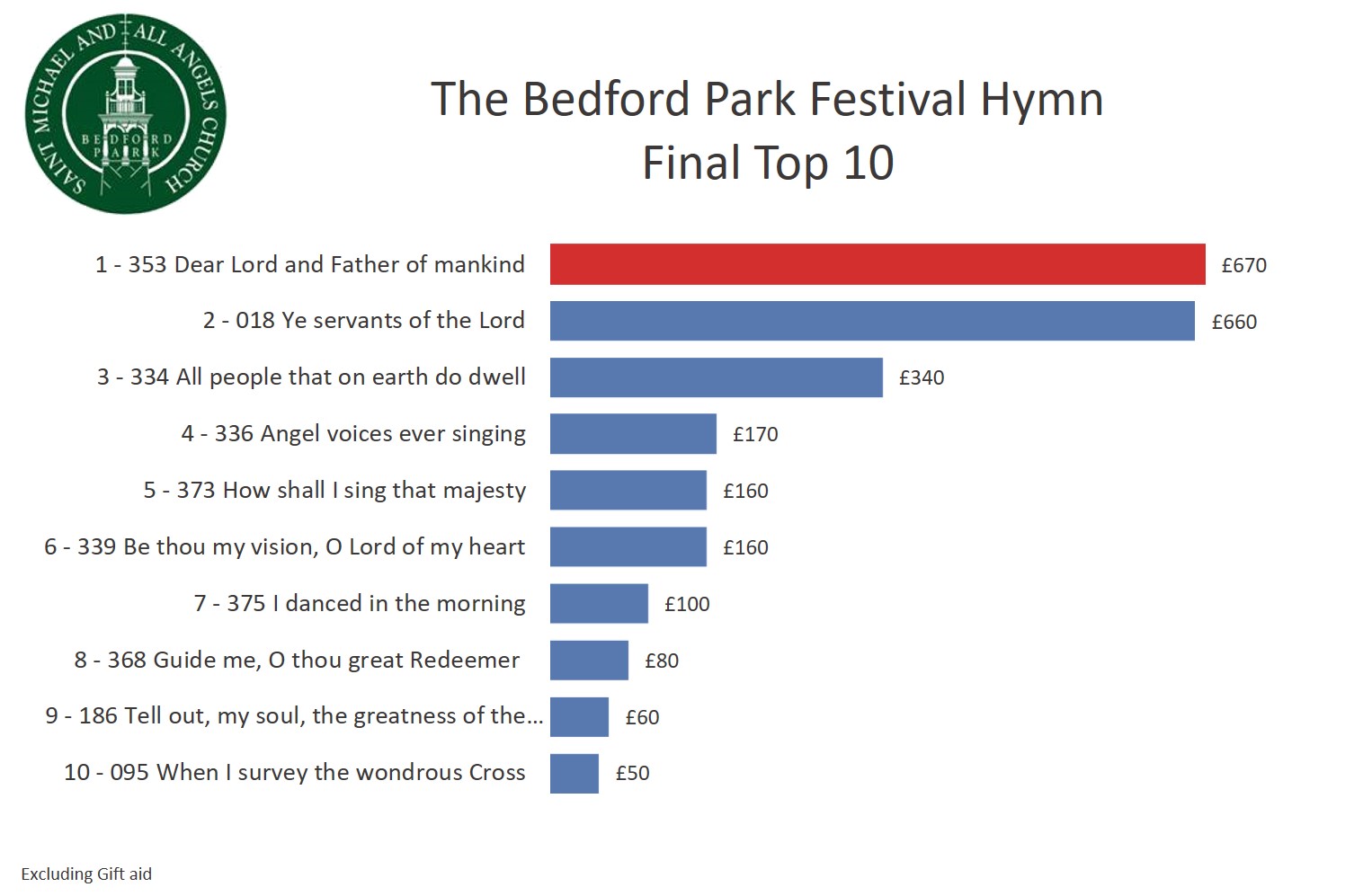