The Anglo Catholic tradition places the sacrament at the centre of worship. By means of a visually rich liturgy with processions, vestments, candles, music, and incense it seeks to engage the worshipper in the wonder and mystery of God’s presence and release them from everyday distractions. The altar servers, who are all lay members of the congregation, assist the clergy as they carry out the rites of the liturgy following the sacred cycle of the Christian year. The altar servers are involved in the Sunday services of Mass, Evensong and Benediction, and in all the major Festivals of the church calendar. In addition servers may assist at weddings and funerals, particularly where there is a Nuptial or Requiem Mass.

The team is led by the Master of Ceremonies (MC) who links closely with the clergy, Sacristan, Director of Music/Choir, churchwardens, sidespeople, and Parish Office to ensure that all the services run smoothly. The MC administers the servers’ rota, allocates the various serving roles of acolyte (candle bearer), crucifer (cross), thurifer (incense), and boat boy and briefs the team with relevant instructions before each Mass.

Each Sunday there is a team of between 6 and 8 servers who are drawn from a group of 21 adults and 8 young people. Servers’ duties start approximately half an hour before the service to assist in the preparation of the sanctuary and to take instructions from the MC. For complex services such as a Confirmation, Easter, Corpus Christi and Christmas this may involve a preliminary ‘run through’. New servers are given induction and training, and provided with vestments. The actions of the serving team have a high profile in the service but paradoxically, as individuals, servers are required to fade into the background so teamwork, anticipation and conformity in dress and conduct are key attributes. Altar servers are privileged to participate at the heart of worship in the sanctuary and to experience the enhanced understanding of the liturgy and spiritual awareness this brings.

If you are interested to learn more about the servers’ ministry or think you might like to join the serving team please contact the Master of Ceremonies, Cathie James (see below), via the Parish Office. 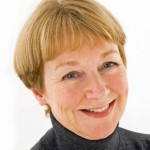 I have lived in Chiswick for more than 35 years and been a regular worshipper at St Michael’s for nearly 25 of those. My marriage to David Beresford, (qv) was blessed here in 1995 and then we renewed our marriage vows along with about 15 other couples at St Michael’s on the day that Prince William married Kate Middleton in 2011. Afterwards we all went across the road to the Tabard pub for afternoon tea kindly offered to us by the landlord – a wonderful occasion that sums up one of the things I love about St Michael’s: its inclusiveness and close bond with the local community.

St Michael’s worships in the high Anglo Catholic tradition and from the moment I arrived I was captivated by the ‘bells and smells’ and its wonderful music. It’s perhaps not surprising that I was attracted to becoming an altar server and I joined the serving team about 13 years ago.

In 2007 I was appointed ‘Master of Ceremonies’ or ‘MC’ as it is abbreviated. The MC is the head server and I now organise our mixed team of approximately 30 adults and youngsters (a bigger serving team than St Paul’s Cathedral, I’m told!) for all the major services, baptisms, weddings and funerals. I’m very lucky to work with such great people who are not just fellow servers but also good friends.

My involvement in planning liturgies with Fr Kevin brings me into contact with many other individuals and groups. ‘Factotum’ comes often to mind as the best way to describe the multiplicity of tasks involved! It’s not just ‘what is the correct way to swing a thurible?’ but ‘have you got any safety pins/blue tack/glasses/hairbands/matches ?’ and much else besides!

My serving interests have taken me beyond St Michael’s. I also oversee the serving needs of our sister church, St Peter’s Acton Green, and I’m Chairman of the London Chapter of the Company of Servers – a national organisation whose aim is to promote a deeper understanding of worship and liturgy.

My MC duties keep me pretty busy and leave little time for other church pursuits but I do enjoy the ‘hands on’ pleasures of flower arranging and brass cleaning plus the more cerebral activity of writing for the St Michael’s magazine and other publications. Before my retirement, I worked as a medical practitioner, initially in Obstetrics & Gynaecology and then in medico-legal medicine. I am also interested in local history and since 2010 have been a volunteer guide for the Chiswick House and Gardens Trust.

St Michael’s to me is like an extended family. David and I feel we are part of a real community that is not just the church but Chiswick too, and through it we have made many friends who have been, and are, incredibly supportive. 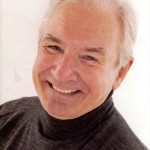 I’ve been a regular worshipper at St. Michael’s for nearly 25 years, since moving to Chiswick after meeting my future wife, Cathie James (qv), in 1989. Our Marriage Blessing at St Michael’s took place in 1995. I served on the Parochial Church Council as Churchwarden from 1997 until 2001 – an exciting time in which the church saw, under the leadership of Father Kevin, the complete renovation and conversion of the Parish Hall into the Michael, Gabriel and Raphael Rooms of today.

I have been a member of the altar serving team since about 2004 – taking up a ministry I first performed as a boy – and I have found that being a server has profoundly deepened my faith and sense of Christian community. It has also provided me with a prodigious knowledge of the properties of candle wax and candle oil, and introduced me to the arcane arts of incense burning!

I have been photographing events at St Michael’s for some years now, as part of the team of volunteer photographers under Jim Cox – the digital revolution has completely altered the way in which the life of the church community is recorded. This website is just another of several digital innovations in the archiving field. As Assistant Archivist, I have attempted to preserve the patchy records of past St Michael’s life, as described in past reports and church magazines. I am also a member of the editorial team of the current printed magazine, the Clarion. Since 2014 I have been the lead researcher for St Michael’s World War One Centenary project, investigating the lives and families of the 120 names of the Fallen that appear on the memorials inside and outside the church. This absorbing work is ongoing, and is supported by a grant from the Heritage Lottery Fund. Before retirement I was a medical practitioner, for 25 years as an NHS GP, and latterly in Legal Medicine.

I’ve been attending St Michael’s since the Autumn of 1983 when we moved to Acton from Nottinghamshire. For ten years I worked as the administrator at Maples Nursery School in Acton, and then for four years in our parish office as the first administrator. Through these 32 years, my sons have grown up, I lost my husband, and now have three grandchildren, and all of this sustained by the community at St Michael’s.

I have done most things from dusting the pews to serving on the PCC. I have sung in the choir for almost thirty years. In 2006 I became the Sacristan, which means I look after the vestments and all the supplies needed for our worship. I was licensed as a Lay Reader or Lay Minister by the Bishop of Kensington in 2011 after a three-year training period, so I am now part of the preaching ministry here, and occasionally have the privilege of taking Communion to people who cannot get to church. All this provides me with a deep sense of fulfilment, and has given me a place in a wonderful community of friends.

Andrew and I have lived in Chiswick since 1977 and have two daughters and one son. We joined the congregation at St Michael’s in the late 1980’s and have gradually become more involved with various activities within the church community. I head up the flower team and always welcome new volunteers who would like to join us. There is no ‘mystery’ to it and a couple of sessions working alongside others will reveal the quick tricks to creating something that looks effective but simple. Most of us started very cautiously but have grown in confidence over the years. I also help with brass cleaning, am a member of the serving team and lend a helping hand with hospitality during the Bedford Park Festival and the Chiswick Book Festival. Prior to retirement, I owned and taught at the Jordans Nursery School for just over 20 years, working with the under 5’s. 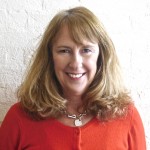 Tony and I expected to be in Chiswick for only two or three years but somehow it has turned into 20 and we’ve been coming to St Michael’s for 13 years. Tony and our son Oliver (17) are both also involved at St Michael’s. I am a member of the serving team and the reading team, as well as a Eucharistic Minister and administrator of the Bedford Park Festival. In the past I have been a sidesperson, a member of the PCC, children’s church teacher and Electoral Roll Officer. My day job is Human Resources Manager at the National Childbirth Trust (NCT).

Tony Simkin is a member of the serving team and the treasurer of the Bedford Park Festival and the Chiswick Book Festival. See Helen Simkin qv. Biography to follow.