St Michael & All Angels is featured in three recent books about churches and notable buildings.

111 Churches in London That You Shouldn’t Miss 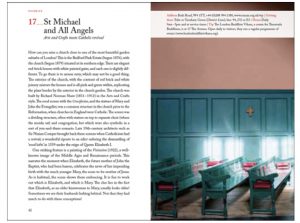 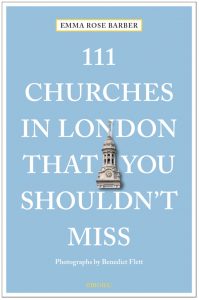 111 Churches in London That You Shouldn’t Miss takes you through the doors of 111 rarely visited churches, but which, with the help of this informative guide are now on the map! With their spires, towers, columns and capitals, vaults and arches, carvings and paintings, London churches tell us a lot about its architecture and its history. And with their beautifully carved fonts, pulpits, carvings, mosaics and decorative objects, they show you centuries of skill and labour that went into making these buildings for which the main objectives were majesty, endurance and posterity.

Emma Rose Barber is an art historian who has been teaching art history mainly to adults for many years. She has also taken specialist study tours to cities and towns in Italy and the Netherlands. She specialises in the medieval and Renaissance periods and has a particular fondness for quirky, less-well known art. And it was this interest that took her to wandering around the streets of London, entering and visiting churches that she never knew were there; let alone what wonders they hold in store! 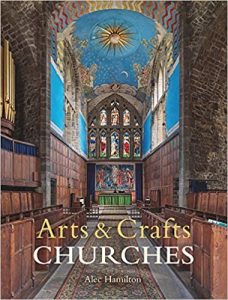 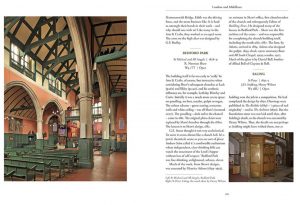 The first detailed account of the phenomenon of the Arts & Crafts church, examining more than 200 of the finest examples, mostly built between 1884 and 1918 in England, Scotland and Wales. These churches are visually arresting, with often quaint, at times far-fetched and capricious exteriors. Internally, they often contain beautiful works of art, including reredoses, pulpits, lecterns, pews, doors, lighting, stained glass and altars. They also tell a fascinating story about religion as Britain entered the age of modernity.

Alec Hamilton completed his DPhil, ‘The Arts & Crafts in church-building in Britain 1884-1918’ at Oxford in 2017. He has lectured widely on the subject of the Arts & Crafts, and the churches in particular. 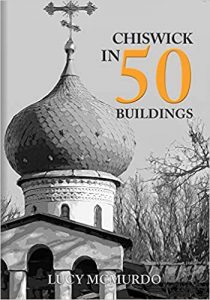 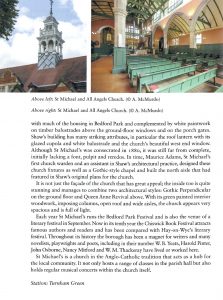 In Chiswick in 50 Buildings, author Lucy McMurdo presents an engaging and accessible perspective of the area’s rich architectural heritage. Walk around Chiswick’s streets and you will see buildings from the 1500s onwards in every architectural style. Until the mid-nineteenth century it was renowned for its market gardens and parkland as well as its grand Palladian villa, Chiswick House, designed in the early eighteenth century by the 3rd Earl of Burlington. With the arrival of the railway in the 1860s the area became rapidly urbanised, the population increased and fields made way for housing.

Read the list of 50 buildings – and 20 others suggested by people in Chiswick – in the ‘Exploring Chiswick’ section of the Chiswick Book Festival website.