The fifth annual WW1 Centenary exhibition at St Michael & All Angels Church told the stories of those named on the Bedford Park war memorials in Chiswick. Click images below to zoom in, and the names in red to read their stories on our WW1 Project website. 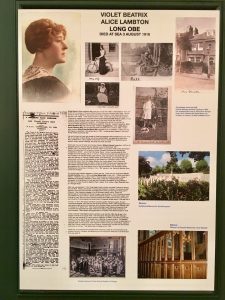 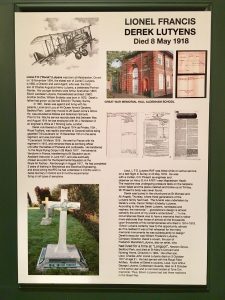 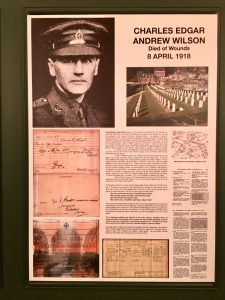 The 2018 exhibition focussed on those who died in 1918, but there were many stories from previous years too.  The display included panels devoted to Violet Long OBE, the only woman on our war memorials, who drowned when the ambulance ship she was on was torpedoed; Lieutenant Derek Lutyens, nephew of Edwin Landseer Lutyens, the celebrated architect; and Captain Charles Wilson, son of the first vicar of St Michael & All Angels.

Alongside the exhibition, there was a display of over 500 poppies knitted by the congregation – and 10 silhouette soldiers awarded under the There But Not There programme (below). 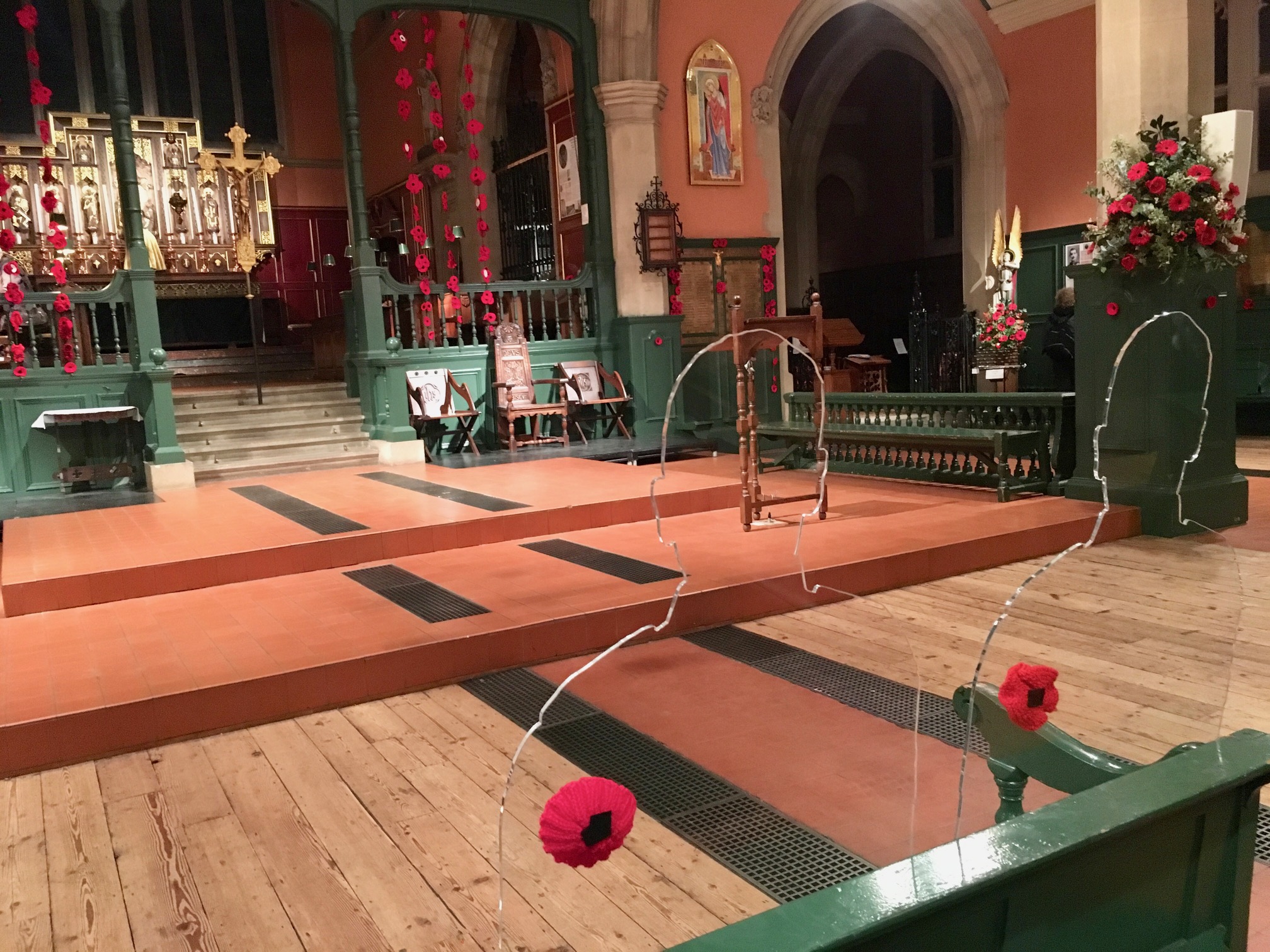 Bedford Park residents living in addresses associated with those in the Exhibition also remembered them. 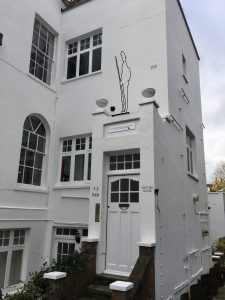 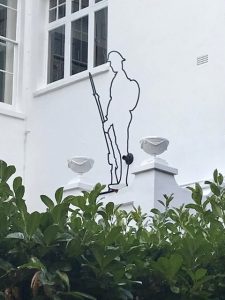 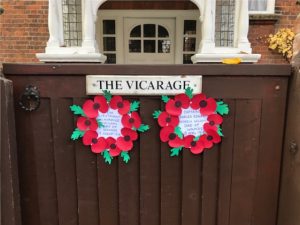 – There was a soldier silhouette on Bedford House in The Avenue, W4, in memory of Lt Col George Koberwein Fulton DSO. Click the link to read his story on the church’s WW1 Project website, supported by the Heritage Lottery Fund.

– And there were poppies on the gate of the St Michael & All Angels Vicarage. Two sons of the Rev Alfred Wilson, first vicar of St Michael’s, died in World War 1: Capt Charles Edgar Andrew Wilson and Second Lieutenant Laurence Wilson.  Click the links to read their stories.