Remembrance at St Michael & All Angels

Jamie White is a former member of our Youth Church and an enthusiastic volunteer at the Bedford Park Festival and Chiswick Book Festival. He is now studying history at Royal Holloway College. This week he ran in the annual Poppy Run for the Royal British Legion, which is celebrating its centenary this year. He was interviewed by ITV News and you can make a Remembrance donation on his ‘My Poppy Run’ page here. 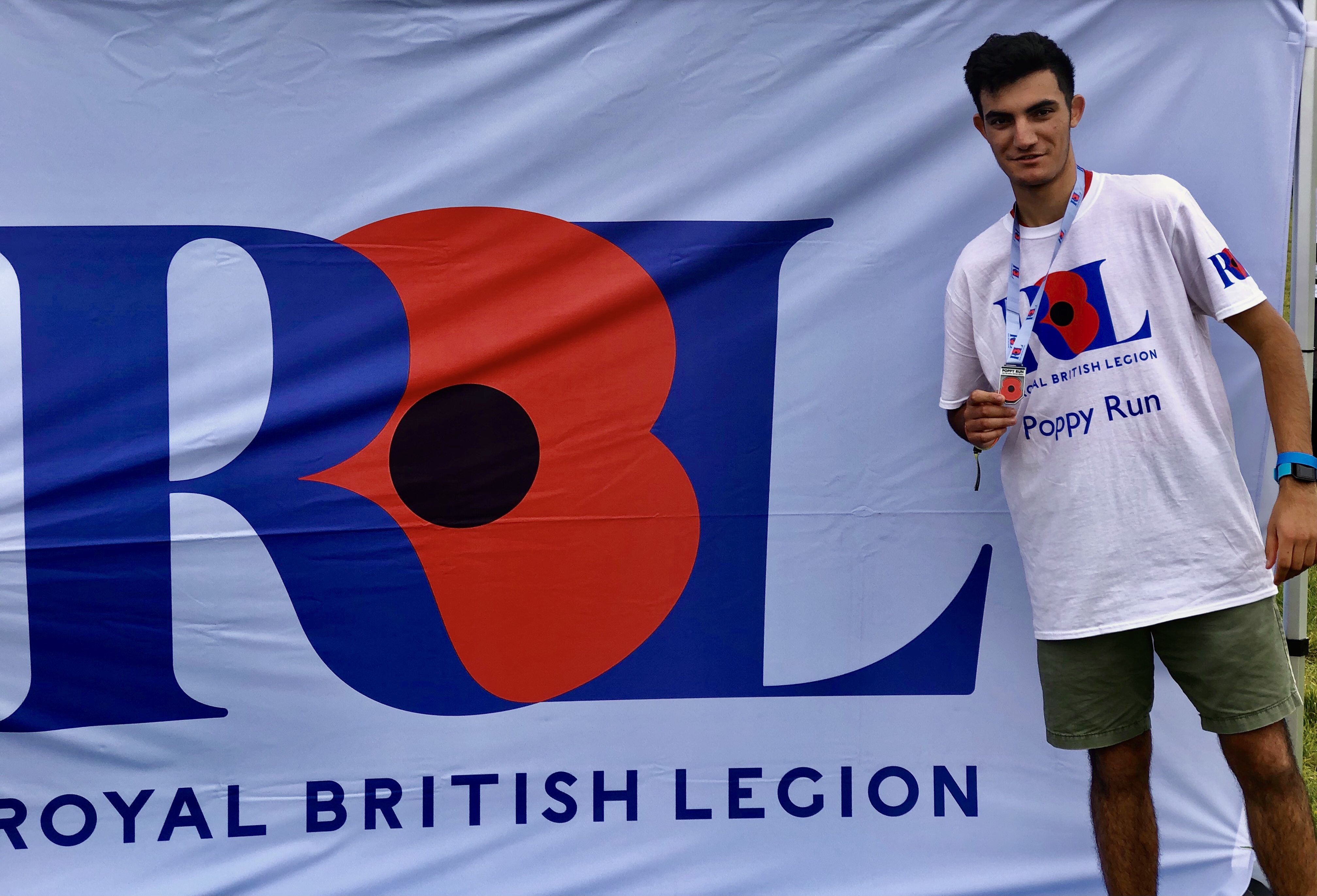 Remembering the fallen has always been important for many, including myself.

The Royal British Legion means a lot to me and I have always tried to help in any way I can, whether it was buying or selling Poppies in public locations, during my time with St Benedict’s School Combined Army Cadet Force or the Surrey Army Cadet Force, both of which I was part of for several years. I’m fortunate to come from a military family: my father is a British Army Colonel and my late grandpa was a British Army Captain.

Today I ran in the annual Royal British Legion Poppy Run to remember the fallen, with a few fellow teammates of the London University Royal Naval Unit, which I recently joined whilst studying History BA at Royal Holloway (I’m in my first year out of 3). We are all Officer Cadets and Royal Naval Reserves and we train weekly at HMS President and do lots of ceremonial public display and events, so the run today was not accidental.

The event took place at the iconic Queen Elizabeth Olympic Park. The distance was 5Km and the 400 competitors could choose to run or walk. I chose to run it and try and beat my personal best, which I did. I completed the 5Km in a time of 24 minutes and 21 seconds and came 18th overall out of 400 competitors, of which around 200 were signed up to race and jog/sprint the course.

To my amazement and surprise ITV News were on scene and recorded the event, including the famous Last Post and Reveille before we all did a 5-minute warm up and it was showtime! On the ITV News camera, I started the race in 3rd and remained 3rd/400 for the first 1km before finishing in 18th – and they interviewed me afterwards. (See pictures below, click to zoom in).

It is such a fantastic event, I loved every second of it, great atmosphere, a truly iconic location and for a unforgettable cause. I will certainly be practising for next year’s annual Poppy Run in 2022 when they predict there will be over 1,000 competitors. 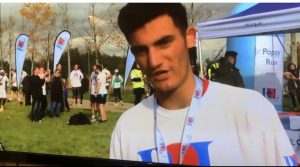 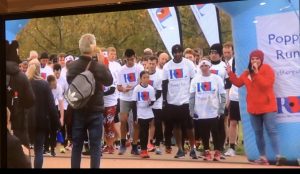