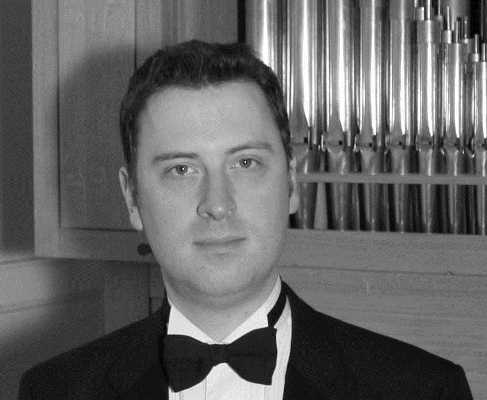 Our lunchtime concerts take place on the first Friday of the month. They are kindly sponsored by Ballet4Life.
Admission is free with a retiring collection (please add Gift Aid where possible) for the church‘s music fund.

This month’s organist will be Jonathan Lilley, organist and director of music at Waltham Abbey Church.

Jonathan Lilley trained as an organist and church musician at the Royal Academy of Music, and while still a first-year was Organ Scholar at St George’s Chapel, Windsor Castle and passed the Fellowship diploma of the Royal College of Organists.  His first permanent appointment was as Sub-Organist of what is now Leeds Minster.  He served also as choral director, opera repetiteur and accompanist at Leeds College of Music, and accompanied several choirs including the famous Halifax Choral Society.

He later moved to Ely Cathedral as full-time Assistant Organist, accompanying and helping to train the cathedral choir of boys and men.  He accompanied the choir both in the daily services and on numerous broadcasts, recordings and overseas tours, played recitals and a concerto in the cathedral, accompanied choirs and instrumentalists at King’s School, Ely, gave instrumental lessons at the school, accompanied Ely Choral Society and Ely Consort from time to time – and has the distinction of having done all those things on piano as well as organ.

Since 2013 Jonathan has been Director of Music at Waltham Abbey, Essex, where he leads the mixed adult choir and the children’s choir known as the Choristers.  With London on the doorstep he is in demand for all manner of keyboard accompaniment work, and he is accompanist to the Surrey-based English Arts Chorale and to the Waltham Singers of Chelmsford.

The 2021-22 Season is kindly sponsored by Ballet4LifeThe concert after this one is on December 3rd (Polina Sosnina, St Martin in the Fields/Brompton Oratory)
See the forthcoming recitals at Organrecitals.com.