Our lunchtime concerts take place on the first Friday of the month. They are kindly sponsored by Ballet4Life. Admission is free with a retiring collection (please add Gift Aid where possible) for the church‘s music fund. 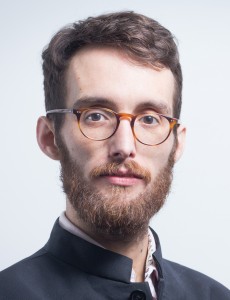 This month’s organist will be Jonathan Dods, director of music at St Michael & All Angels.

Jonathan Dods plays the organ, directs the choir and the choristers and runs the music programme. He has been director of music at St Michaels since 2007. Jonathan was a choral scholar at Christ Church, Oxford, where he studied music. He undertook further study at Milan Conservatoire whilst he was Assistant Organist at Lodi Cathedral. Returning to England, Jonathan is in demand as an organist, singer and conductor. He assists the Director of Music at St Martin in the Fields directing choirs and playing the organ as well as singing in the professional chamber choir St Martin’s Voices. He broadcasts regularly on BBC radio and television. His most unusual concert experience was singing with a choir ‪at 11pm in a suburb of Vienna as part of Wien Modern. The piece involved making the noise of a helicopter and the concert ended with a punch-up between the composer and one of the singers.