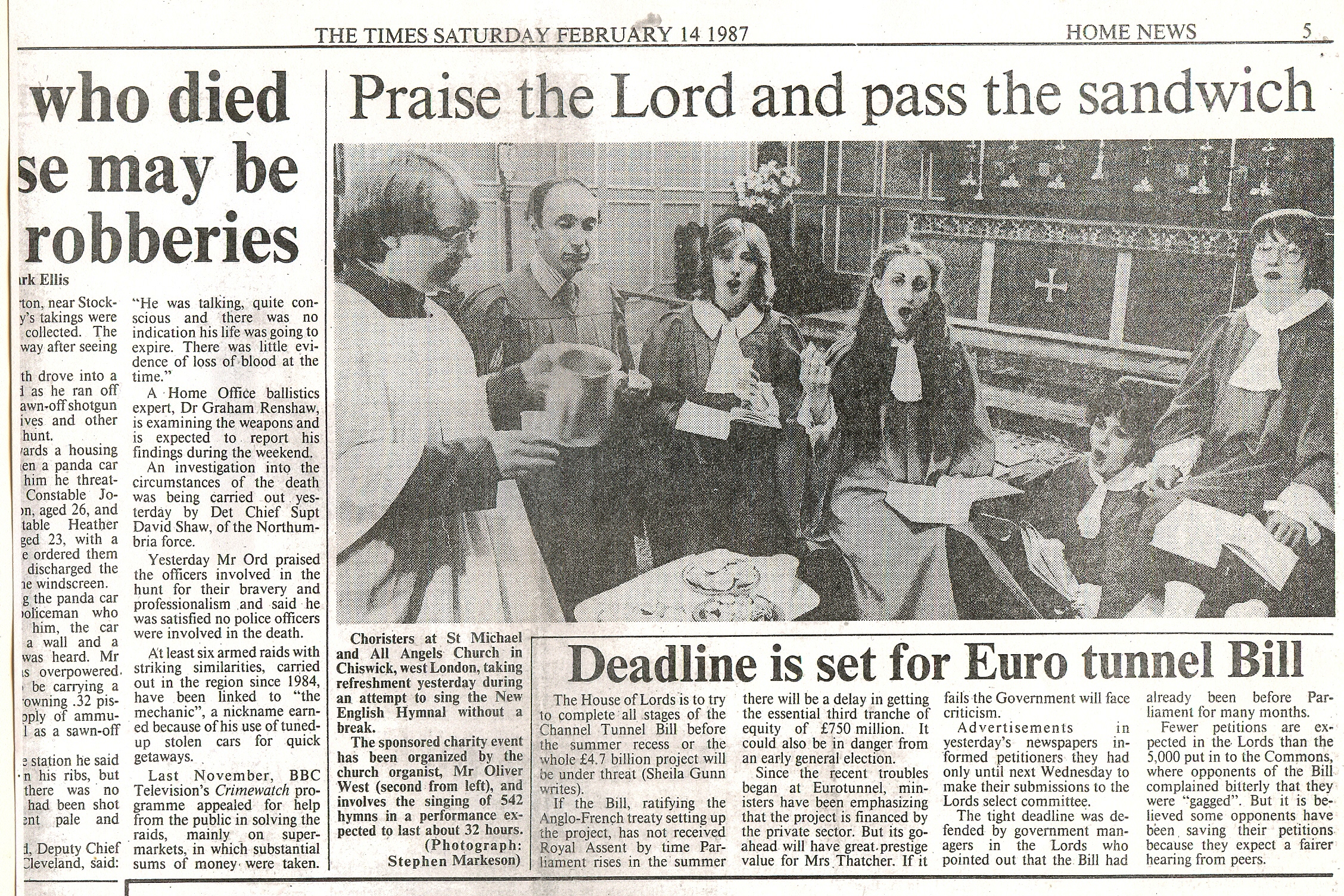 Thirty years ago, in February 1987,  St Michael & All Angels Church, Bedford Park, made history by singing the complete New English Hymnal from start to finish. There were pictures in The Times (above) and on the front page of the Independent (below), and other newspaper reports. 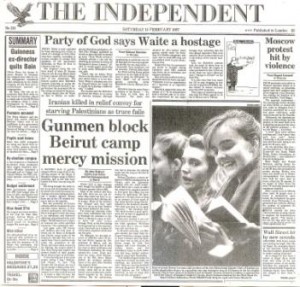 Days of praise: Donna Lawrence and members of Arts Educational Schools Choir of London yesterday joined other singers in a marathon non-stop attempt to sing all 542 hymns in the New English Hymnal. The 32-hour event at St Michael & All Angels’ Church, Chiswick, London, is sponsored in aid of the Church of England Children’s Society, Royal National Institute for the Deaf, Royal National Lifeboat Institution, World Wildlife Fund, Help the Aged and Cancer Relief.

The hymn singing was organised when we were in a low patch. We were in the middle of an interregnum, without a vicar, having had a similar gap only two years before. I think it was Oliver West who had the idea as at that time our choir had dwindled to virtually nothing and we were all a bit depressed. The event went off extremely well, with the only difficult patch being between 2 and 4.30 am when attendance was very low. Towards the end the church really filled up with a lot of the choristers coming back for more and the choir stalls were bursting. There must have been about 150 in the church for the final hour or two. I shall always remember Father Glyn Iball, our non stipendiary priest, coming out at the end and after a prayer and blessing saying that after singing hymns non stop for about 30 hours you would have thought that no-one wanted any more, but the choir wanted another hymn, which, him being a Welshman, was of course “Guide me O thou great redeemer (Cwm Rhonda)”. The church hall was used throughout as a dormitory and cafe, with a sort of brunch being provided all the time. I think that the success of the event not only cheered everyone up but it also acted as a catalyst for music at St Michael’s, as very soon thereafter we had a choir again and we went on the encompass the singing of Masses at the Festival services.

Foreword from the programme, February 14th 1987: 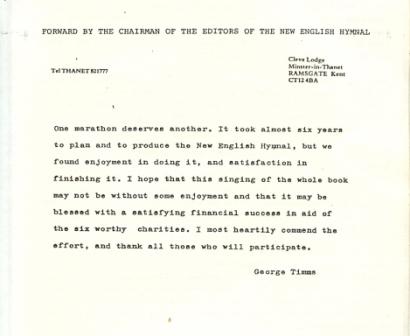