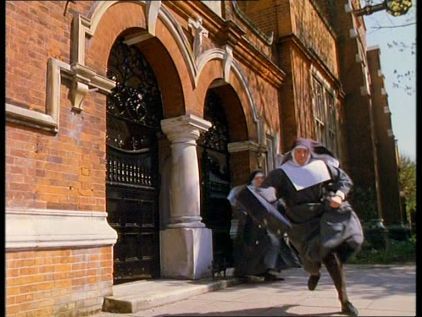 In 1989, when the church needed rewiring and new lighting, a large slice of the money required came from an unusual source – a film company. St Michael & All Angels was the main setting for Nuns on the Run, in which Eric Idle and Robbie Coltrane played two crooks, who dress up as nuns and hide in a convent (right).

Oliver West, the church organist, played the organ in the film (uncredited) and took the pictures below. As part of our Lent ‘Delighting In God’ programme, we are showing the film in the Parish Hall at 7.30pm on Saturday March 17th. Admission is free but there will be a bar and collection in aid of our Lent Charity Appeal.

See more stills at Reelstreets. See the film’s other Chiswick locations at Findthatlocation. 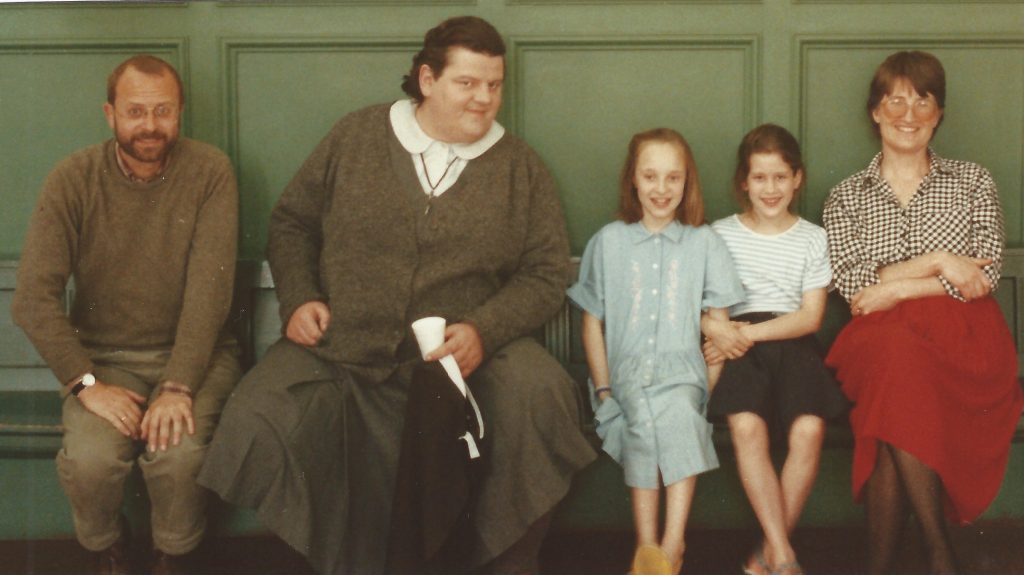 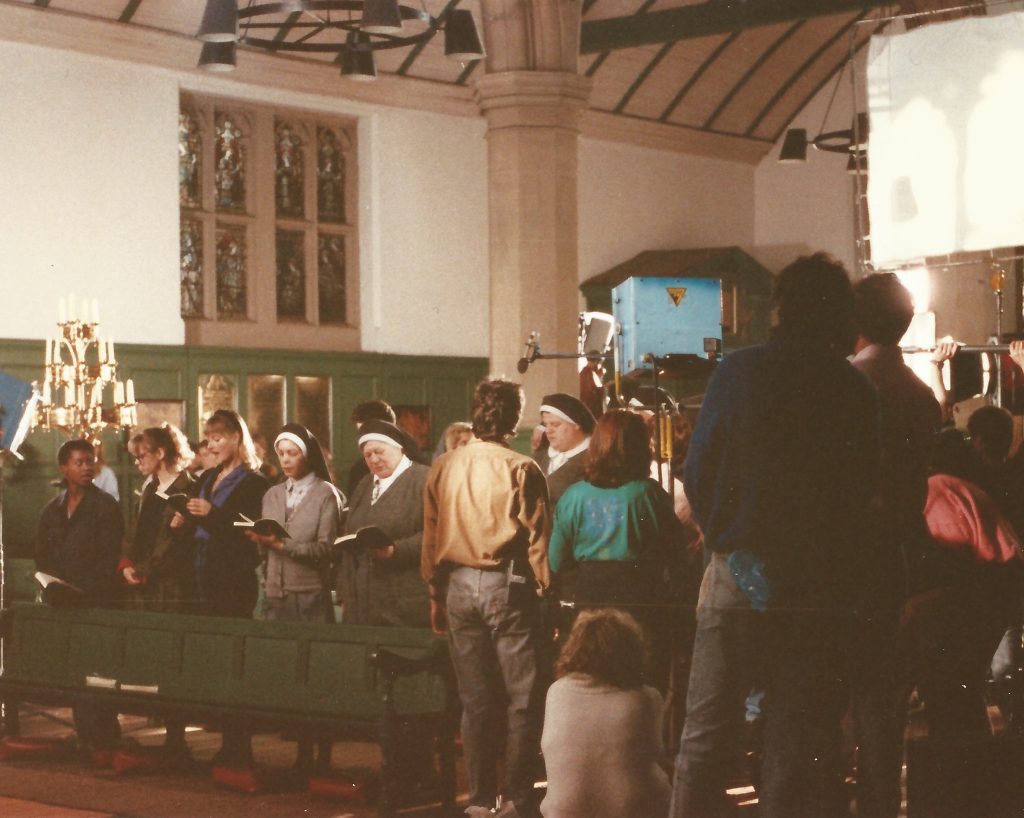 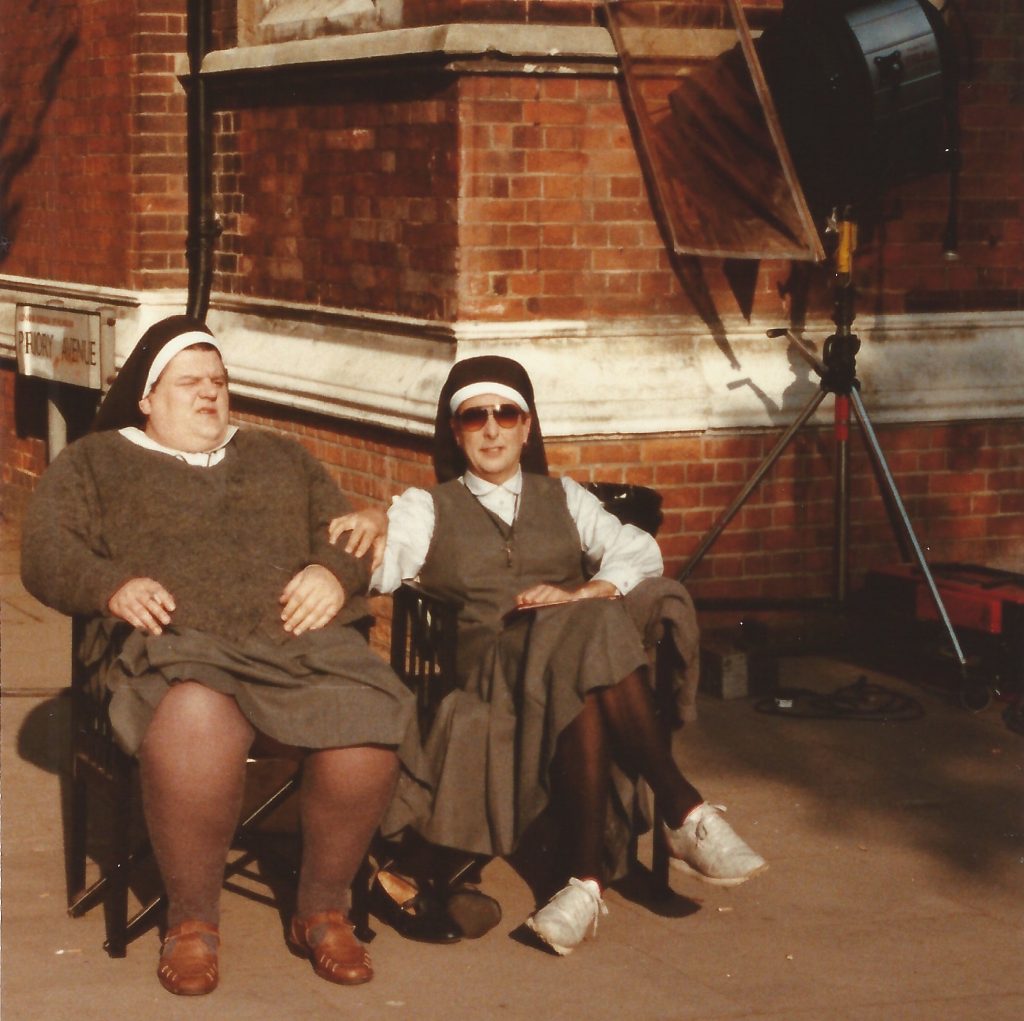