It takes many people to run a busy parish church like St Michael & All Angels. Apart from its clergy and parish managers, many members of the congregation take active roles in the day-to-day running of the church. People at St Michael’s come from all ages and backgrounds. You can read more about some of them below, and on other pages: Meet the Clergy, Parochial Church Council, Serving team, Meet the Singers, Children’s Church team and Sidespeople. 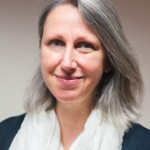 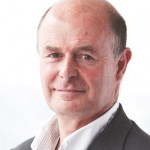 I co-ordinate publicity at St Michael & All Angels, including its website, weekly email newsletter and other communication activities. I am also director of the Chiswick Book Festival and handle sponsorship for the Bedford Park Festival, both of which are organised by St Michael’s. Carol and I moved into Bedford Park more than 40 years ago; we brought up our three children here and now have two grandchildren too.  I am a journalist and was the media correspondent for BBC News for almost 25 years. I am also a member of the Sandford St Martin Trust, which promotes excellence in religious broadcasting. I was awarded the MBE in 2013 for services to the community in Chiswick. 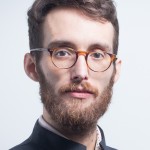 I have been Director of Music at St Michael’s since 2007. I play the organ, direct St Michael’s Choir and The Choristers and run the music programme. I was a choral scholar at Christ Church, Oxford, where I studied music. I undertook further study at Milan Conservatoire whilst I was Assistant Organist at Lodi Cathedral. Returning to England, I am kept busy as an organist, singer and conductor. I assist the Director of Music at St Martin in the Fields directing choirs and playing the organ as well as singing in the professional chamber choir St Martin’s Voices. I broadcast regularly on BBC radio and television. My most unusual concert experience was singing with a choir ‪at 11pm in a suburb of Vienna as part of Wien Modern. The piece involved making the noise of a helicopter and the concert ended with a punch-up between the composer and one of the singers.

I am a Sidesperson, Reader, Eucharistic Minister and Money Counter and was previously Treasurer. Sally and I have lived in Chiswick for 25 years and have been coming to St. Michael’s for almost as long. Our children were both in the Junior Choir and were confirmed at St. Michael’s. Our daughter, Jennifer was married there in October 2010 and her daughter was baptised at St. Michael’s in January 2016. I am semi-retired but still do some sales training in the hotel industry where I spent the majority of my career.

My long love of St Michael’s began when I moved to Bedford Park and my baby James was christened by Father Perry. That was in 1982 and the church has been my help and comfort through all the good and terrible times since. In 2005, my partner died suddenly and becoming head of flowers at St Michael’s saved my life. In 2006 my son Jonathan and his lovely Lara were married by Father Kevin on the happiest of days. I live on Dorney Reach but still help with flowers, am a sidesman and was on the PCC till recently, to work out how I could be helpful to Father Kevin and his church in other capacities. My link with Chiswick continues as I work at the beautiful Business Park for QVC as a TV fashion presenter……at all hours! Fashion has been my life since my first job working on a womans’ page in 1963 and over five decades I have been a fashion editor for several national newspapers, magazines and TV programmes.