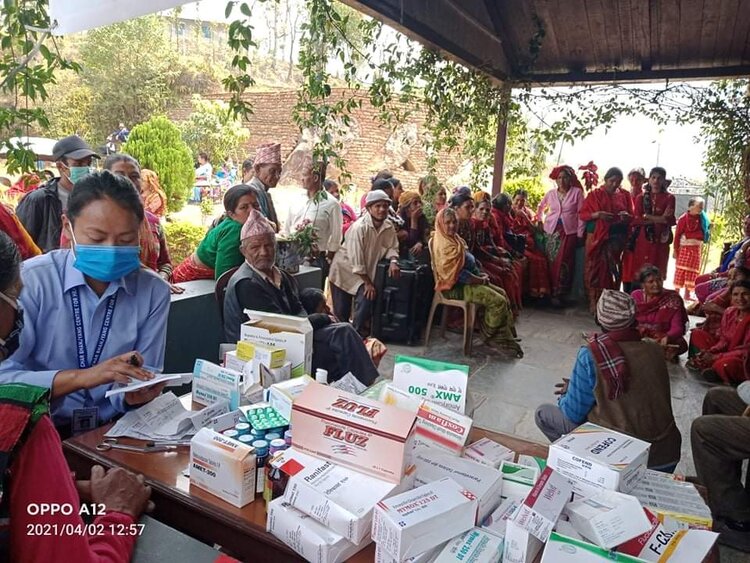 St Michael & All Angels Church, which raises thousands of pounds for charities each year, has announced it will support two new charities in 2022. Swinfen Telemedicine will be its overseas charity for the next three years and DABAL (Deaf and Blind Aid Lanka) will be supported in its Lent Appeal.

The church supports three charities each year, in partnerships lasting three years. Alongside Swinfen Telemedicine, it will continue to support The Upper Room and West London Welcome in 2022. The church’s annual fundraising events include the Bedford Park Festival, Green Days weekend and St Michael’s Advent Calendar and Christmas Appeal. See more on our Charities page.

The concert is sponsored by local building firm, Bown Design & Build, which supported the church’s ‘Love Music’ charity concerts for four years. Tickets cost £15 and are on sale via TicketSource here.

Andrew Mitchell, who chairs the charities group at St Michael & All Angels, said “We look forward to engaging with as many of the St Michael’s community as possible in supporting Swinfen and DABAL through our fundraising events. And we wish our previous overseas charity, WaterHarvest, every success after a very fruitful three-year partnership.”

Swinfen Telemedicine (Swinfen Charitable Trust) facilitates access to specialist medical expertise for doctors and nurses working in remote rural areas of the Global South. On a pro bono basis and using virtual technologies, the disciplinary experts are able to advise those on the ground on treatment options for health issues with which they are unfamiliar or which they have not encountered before. Our funding, over three years, will allow Swinfen to upgrade and maintain its technology platforms, facilitating broader reach and more effective (and reliable) communications with medics on the front line.

DABAL (Deaf And Blind Aid Lanka) funds three schools for the deaf and blind in Sri Lanka.  Run from the UK, with a volunteer in Sri Lanka, the charity and its schools support some of the country’s most impoverished children, with very special needs. The Sri Lankan government provides very limited support and the country is facing severe economic difficulties. These schools desperately need our help and we hope with our appeal to move the dial in terms of the number of grants DABAL can make in any given year.

Sandy Burnett is one of the UK’s most authoritative classical music broadcasters and an accredited Arts Society lecturer. After studying at St Catharine’s College, Cambridge and working as music director for the RSC, National Theatre and in London’s West End, Sandy Burnett spent a decade as one of the core team of presenters on BBC Radio 3, presenting the flagship breakfast programme Morning on 3, live Proms, concerts from the Edinburgh International Festival, countless studio broadcasts and interviews with classical music’s top artists. Between 1997 and 2010, he masterminded a complete performing cycle of Bach’s sacred cantatas here at St Michael and All Angels.