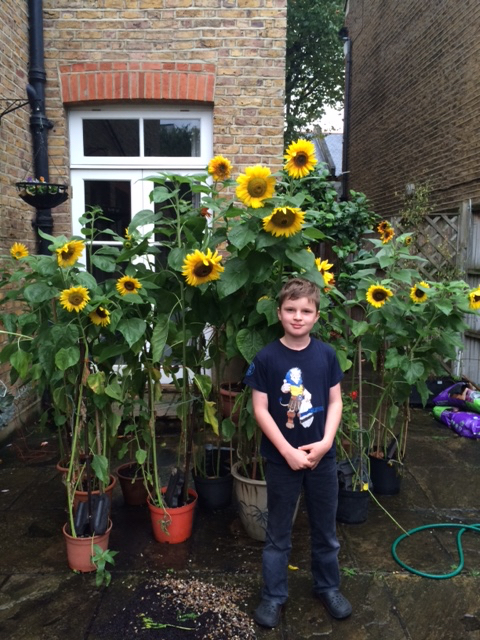 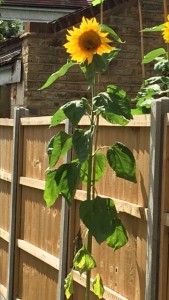 The results of the Bedford Park Festival’s Sunflower Growing Competition – launched this summer to mark 50 years of the Festival – have been announced.

The winner was Jerry Harman, whose tallest sunflower (of many, above) grew to 7ft 2ins.
It is seen here with his other sunflowers alongside a young nei 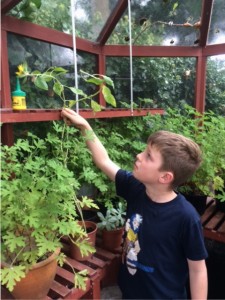 In second place, was Jon Denny whose sunflower (left) was only one inch smaller – 7ft 1in.
The children’s prize went to Onno van Kampen-Brooks (right), who started growing his a bit late!

Jerry Harman wins a £25 voucher from Wheelers. Watch out for next year’s Sunflower Growing Competition, when we will be celebrating the Bedford Park Festival’s 50th anniversary year (1967-2017).

For 50 years, the symbol of the Bedford Park Festival – as of Bedford Park itself – has been the sunflower.  To celebrate 50 years of the Festival, this year and next, we revived the Sunflower Growing Competition that ran in the 1990s.