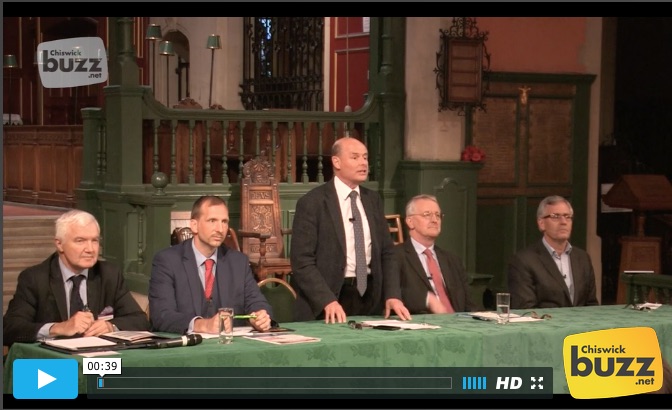 Chiswick’s second EU Referendum debate (of three) took place at St Michael & All Angels and you can see the Chiswickbuzz video report of it here. The shadow foreign secretary and former Ealing councillor Hilary Benn proposed the motion for Remain: “This House believes that the UK will be more prosperous and more secure if it remains within the EU”. The Leave case was put by Robert Oulds, director of the Bruges Group, the think tank at the forefront of the debate, and a Chiswick councillor. Other speakers on the platform were Andrew Mitchell (Remain) and Gerald McGregor (Leave), both stalwarts of St Michael & All Angels and the local councils. The debate, chaired by Torin Douglas, gave many people the chance to speak from the floor. The first Chiswick debate was at the Tabard Theatre on May 16. The third was at St Paul’s Church Grove Park on June 9th, with Ruth Cadbury MP and Robert Oulds.